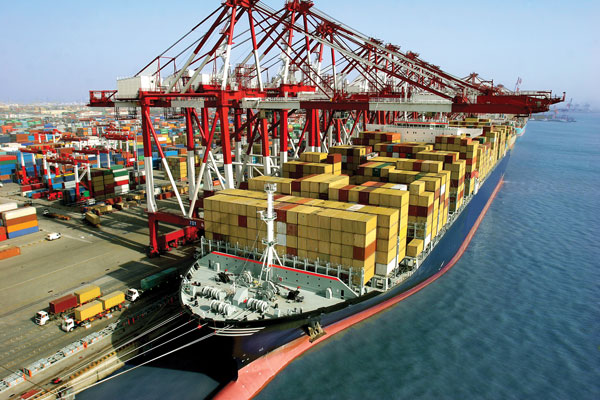 Trump said the United States would impose tariffs of 25 percent on steel imports and 10 percent on imported aluminum next week.

Shares of U.S. steelmakers jumped, with U.S. Steel <X.N> last up 5.1 percent, but industrial heavyweights like Boeing <BA.N> and Caterpillar <CAT.N> fell as investors worried about higher raw material costs and trade barriers elsewhere. Boeing was down 3.5 percent and Caterpillar was down 3.4 percent.

The declines put the market on track for a third straight day of losses and the S&P 500 back into negative territory for the year. The Cboe Volatility Index <.VIX> jumped to a more than two-week high.

“It’s been tenuous for the last month, so anything that even looks or smells like it’s not good is going to bring the market down quickly. But this is more than that. It’s going to raise prices no matter what,” said Peter Costa, president at Empire Executions Inc in New York.

Rising inflation and bond yields were the main concerns as Wall Street ended a turbulent February on Wednesday, with the S&P 500 <.SPX> posting its first monthly loss in 11 months.

Federal Reserve Chairman Jerome Powell tried to temper remarks he made on Tuesday that raised concerns about the potential for four interest rate hikes this year rather than the Fed’s forecast of three, but New York Fed President William Dudley was a bit more pointed and said four rate hikes would be “gradual”.

But it was the tariff issue that was spinning the market lower as the afternoon wore on.

“The risk to imparting these tariffs is that it invites a retaliatory response from our trading partners and particularly China,” said Mark Luschini, chief investment strategist at Janney Montgomery Scott in Philadelphia.

Declining issues outnumbered advancing ones on the NYSE by a 1.74-to-1 ratio; on Nasdaq, a 1.66-to-1 ratio favored decliners.